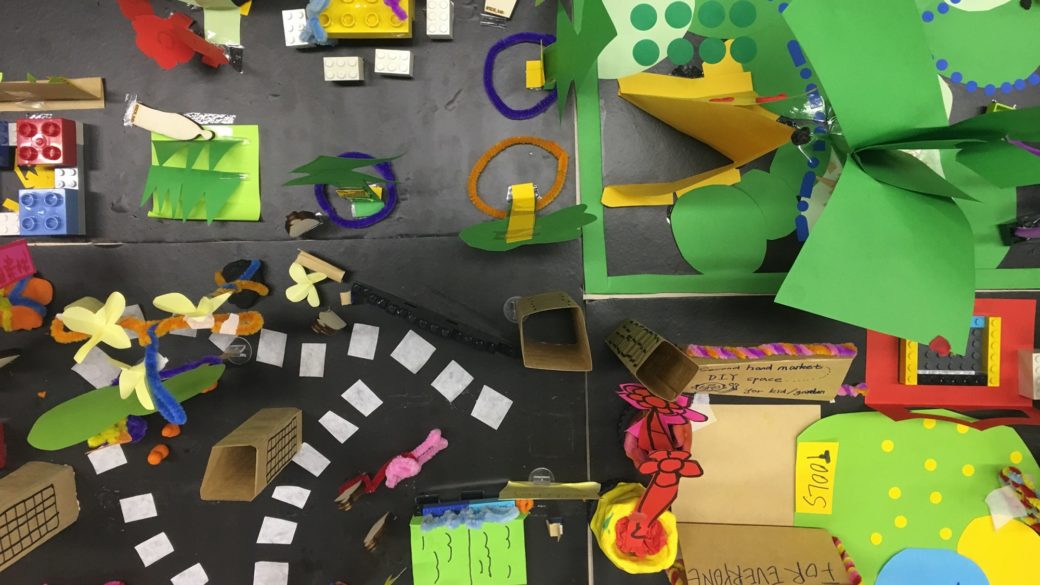 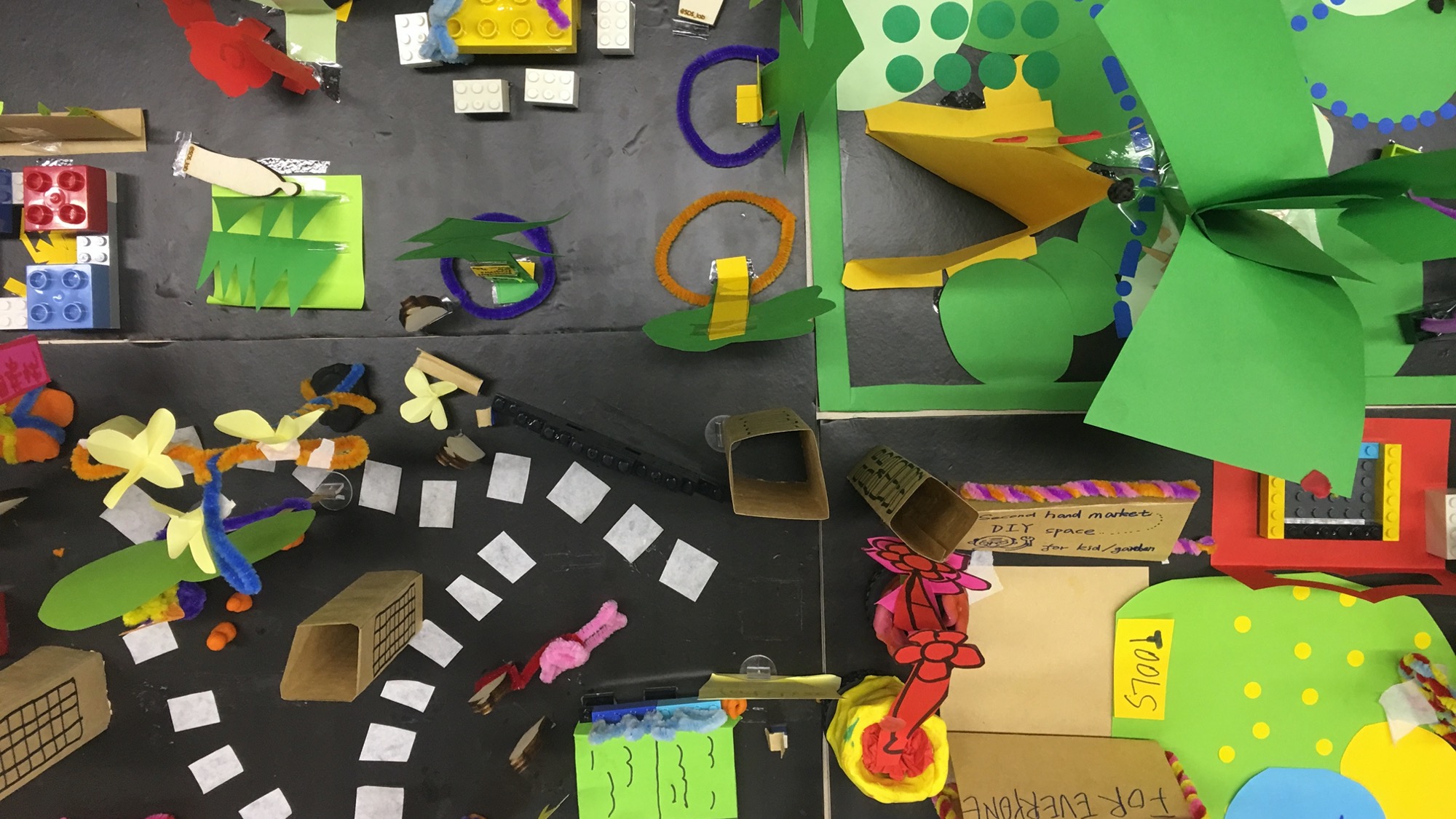 « We community collaborators have many ideas, but they are like a cloud. During these two days of work with the design students, the cloud turns into rain, the drops gather, flow and become reality… » Wei Xie concludes in front of the camera. On the table, a funny model of all the colours has just been reviewed in 25 points: greenhouse shack, irrigation game, dog poo composter, cooking school, miniature canteen, etc. The wall on the right of Wei Xie is covered with small papers that list the assets of the people who live in the large areas of northeast Beijing. The scene takes place on the 4th floor of the Tsinghua University Academy of Art and Design on a Sunday in late November afternoon. 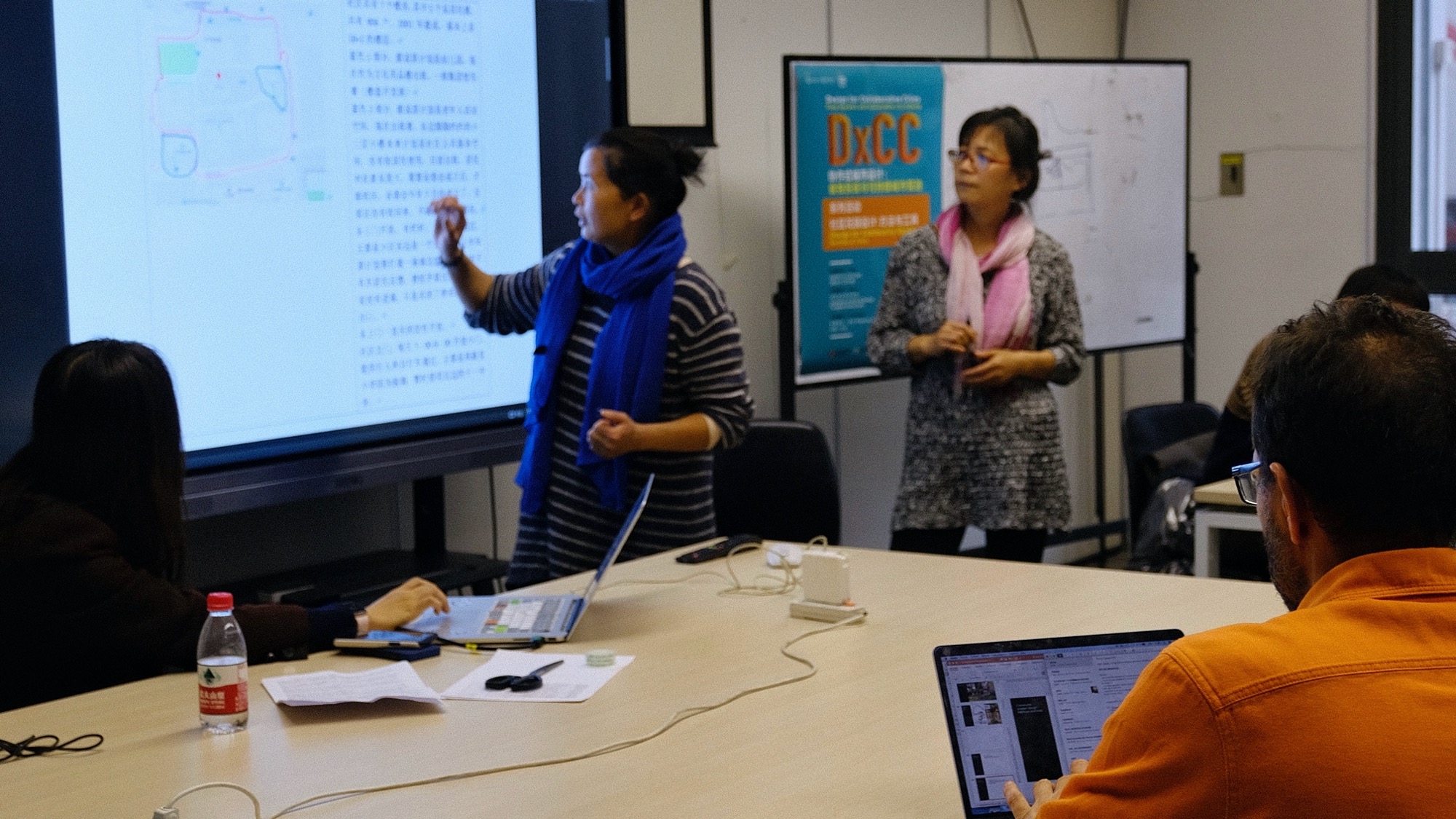 “NON-PLACES” AT THE BOTTOM OF BUILDINGS

« In the community where my family lives, 4500 people live in 1796 apartments divided into 19 6-storey blocks and 3 high rises, says Long Li. Between the buildings there are green spaces, but nobody does anything about them!”. And the other community collaborators present, list the many problems around these so-called green spaces at the bottom of buildings: parking on the flower beds; garbage bins in plant bins; animal waste; abusive privatisations of green space by families living on the ground floor; general lack of maintenance of the plantations; wasteland plots left abandoned; etc. 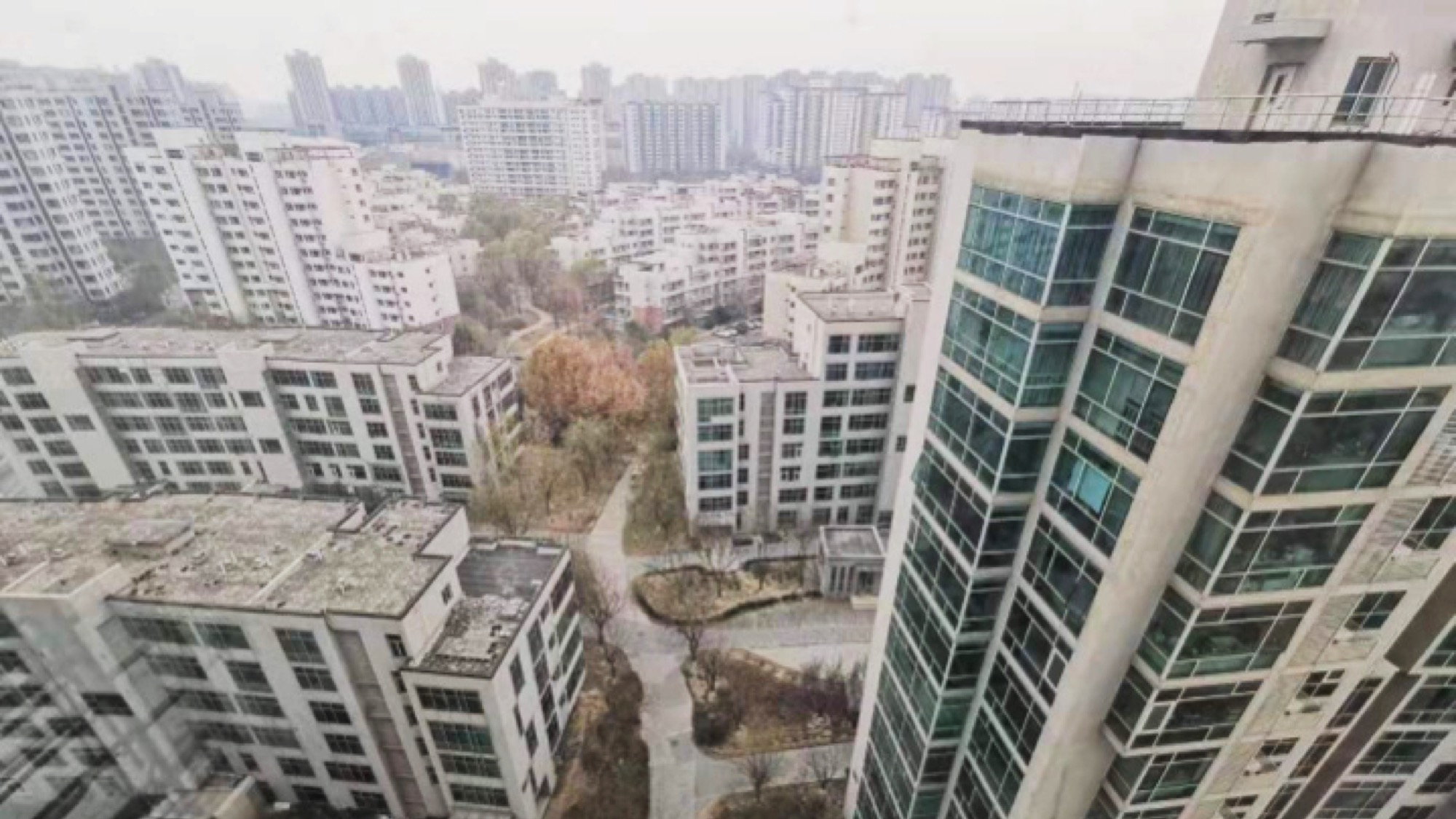 If the very high population density in these large areas does not facilitate living together, it is above all the lack of meaning for the users of « decorative » green spaces that is called into question here. The greening of the bottom of buildings is part of the practices of architects and developers and also of the implicit expectations of the inhabitants. On a daily basis, these consensual green spaces are unsuitable for the use that the inhabitants could make of them. « Children can’t play on it, the elderly can’t sit in the shade and chat or play chess, » confirms Shunqui Hi, community collaborators from Evergreen Centre for Sustainable Development, Xicheng District, Beijing. These green spaces are « non-places » in Marc Augé’s sense, that is, interchangeable spaces that human beings consume because they do not manage to appropriate them. 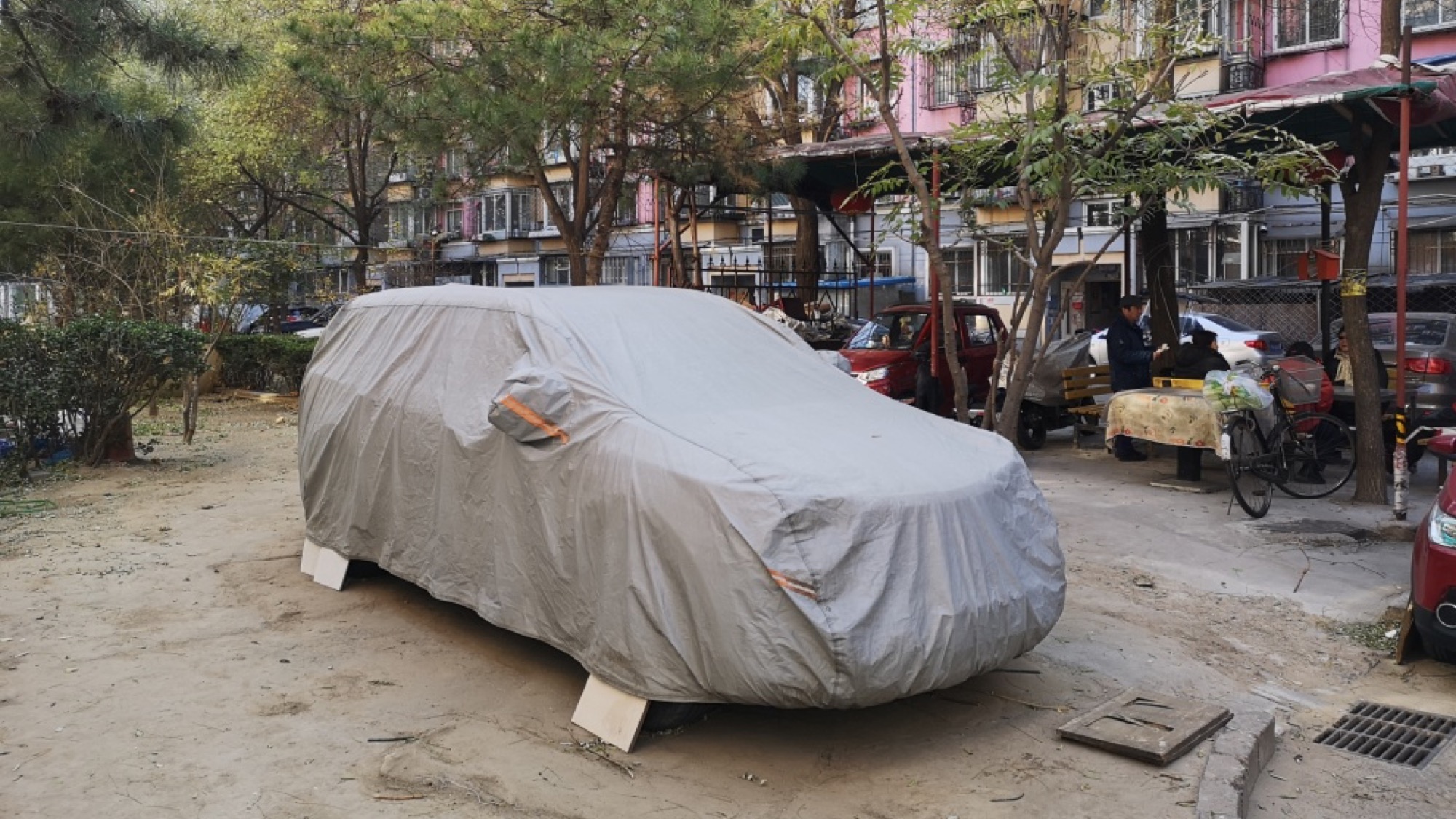 AROUND PROBLEMS RATHER THAN FACE THEM HEAD-ON

Wei Xie, Yankee Liu, Ling Li, Shunqui Hi, etc. are part of a group of 25 community collaborators and design students who participate in a 2-day workshop on the theme of “collective vegetable gardens as a tool for activating social links between the inhabitants of large cities”. Professor Zhong Fang, who invited me to design and lead this workshop, has been working for nearly 10 years to introduce the topic of food in the design department of Tsinghua University in Beijing. If Fang and I are convinced of urban agriculture in all its forms and of its potential as a vector of social cohesion in neighbourhoods because we have seen it all over the world, the challenge here is significant: the 10 areas mentioned by community collaborators as the starting point for the workshop are emblematic of the highest urban densities in the cities of Beijing and Tianjin. In terms of population, the land potentially available at the bottom of the buildings represents an average of ten to fifteen people for each square metre, therefore in terms of vegetable gardens, a rather limited prospect. And this is without counting the problems between neighbours, which are not without reminding us, as Pierre Desproges humorously said, that « the neighbour is a harmful species quite close to man ». If the Chinese formula for referring to all the inhabitants of the same complex of buildings is to talk about a « community of inhabitants », life in these large complexes of skyscrapers does not seem to be a matter for the community. « We don’t share much except the memory that the neighbours formed before an urban community » confirms Yi Liu, co-organizer of the workshop, who came a year ago from ZhenZhou in central China to start a doctorate in Beijing and who plans to settle elsewhere where the climate is better afterwards. 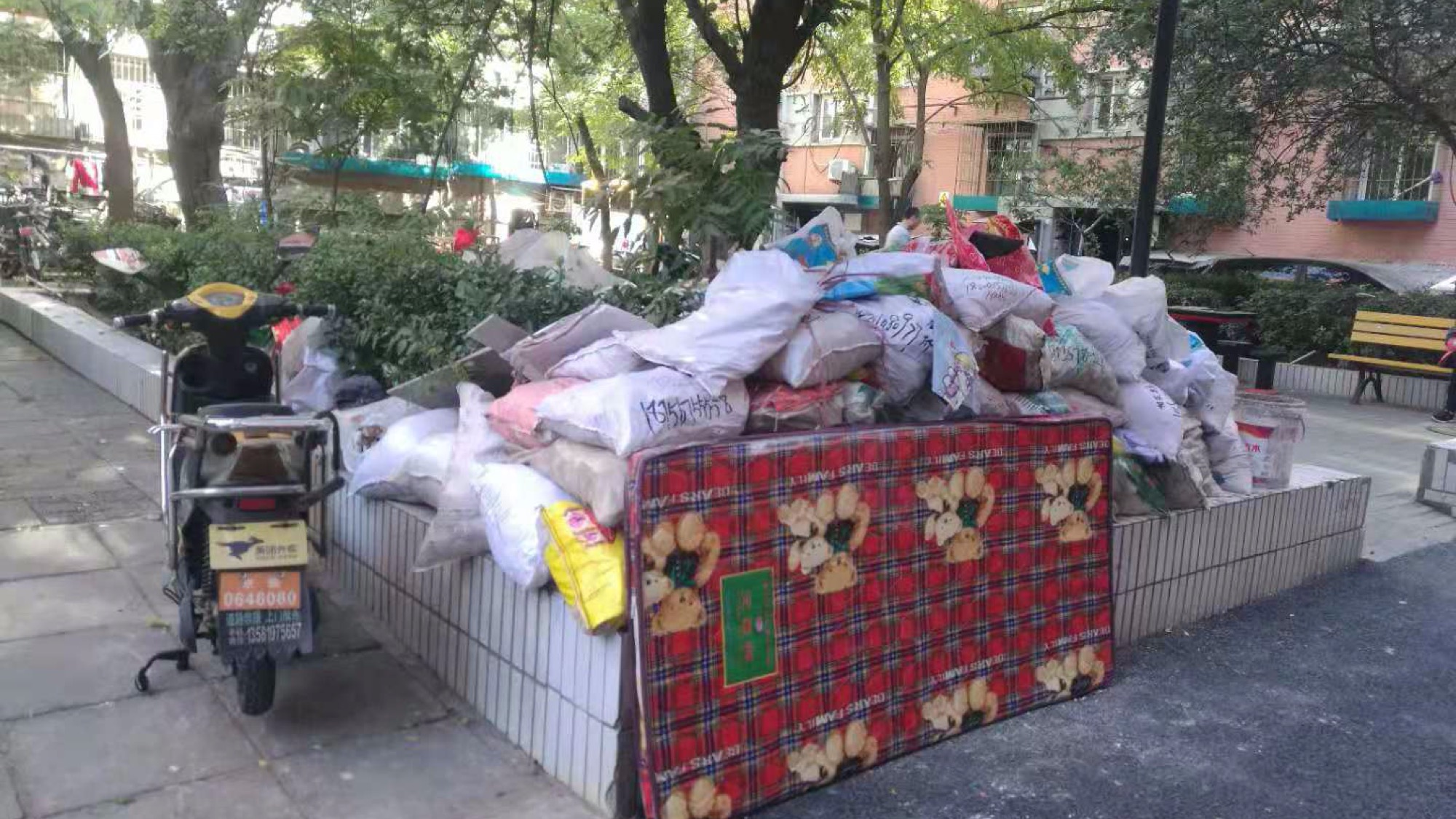 It is not easy to build from so many problems and so few opportunities. In organizing the workshop with Fang and Yi, it seems important to me to change the perspective and to engage all participants to look for the assets and not only the problems that these communities of inhabitants could have around urban gardening and, in general, growing fruit and vegetable in the city. In the same way as approaches based on the search for positive points such as the ABCD (Asset Based Community Development) method, the idea is to make a localized inventory of the civic skills of a neighbourhood or a social group and all the other assets present in the surrounding system. The method, in its literal approach, facilitates the emergence of links between individuals and collective initiatives in their different contexts. Here, taken as a state of mind for the workshop, it makes it possible to have a more constructive approach and to make a detour that is often necessary to get out of the risk of being trapped in the treatment of problems stricto-sensu, to take into consideration the assets that motivate the populations concerned and on which to leverage indirectly to return to the initial problems. For example, the presence of young children is central to their families. They are a motivation to provide healthy food education, practical nature teaching, reconnecting with plants, generating a sense of community, etc. « My children were born in Beijing says Wei Xie, and they have no idea what it’s like to live in a neighbourhood, to enjoy the common spaces, to share with neighbours!”. 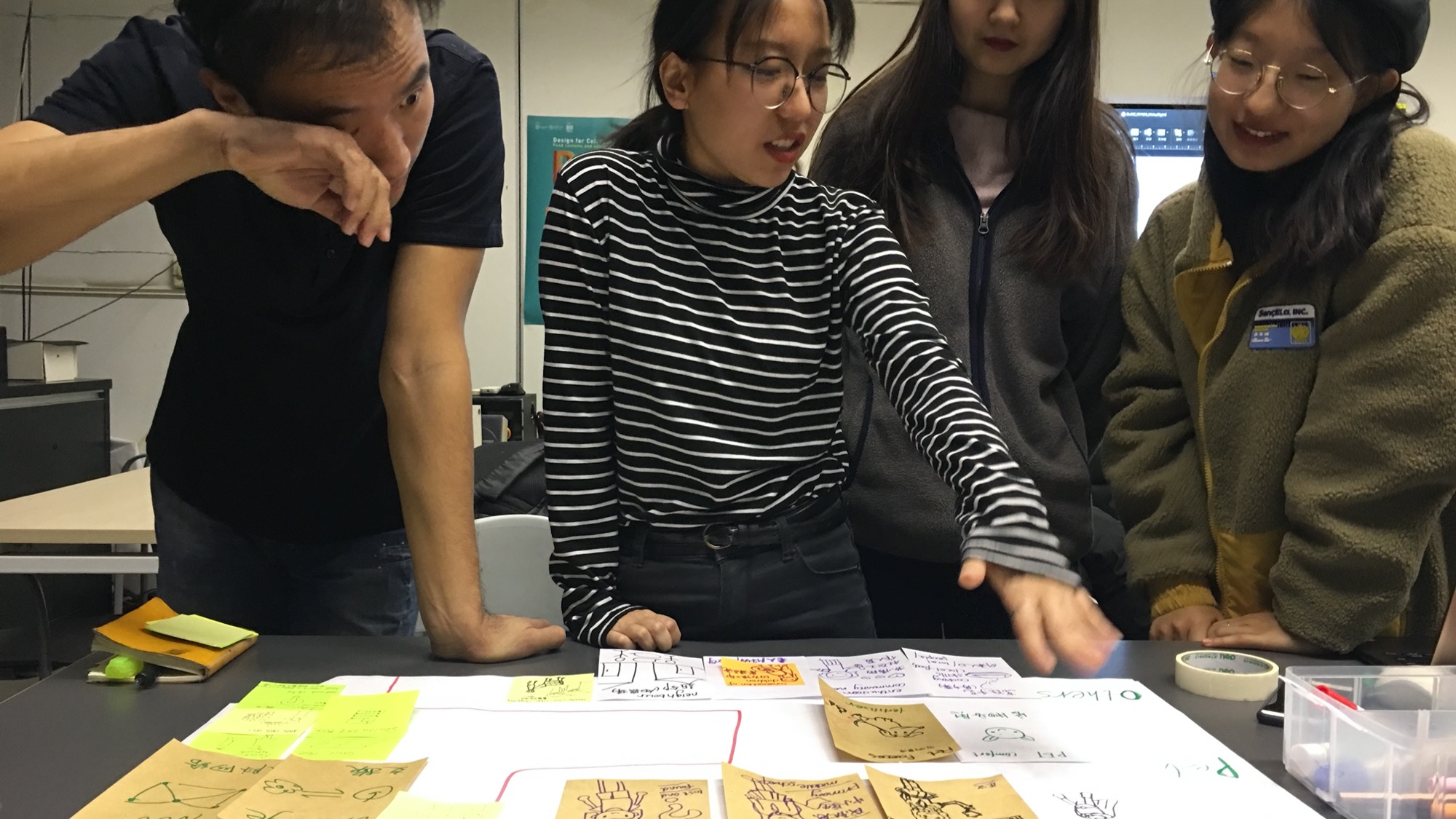 The group identifies multiple indirect assets on which to rebuild the collective through urban gardening: elderly people who have time to care for plants; indigenous gardening knowledge, vegetable and culinary talents from different parts of China, etc. Beyond people there are also material goods to value: seeds to exchange, gardening tools to share, flowerpots to fill, and even vegetable peels and dog droppings to compost… 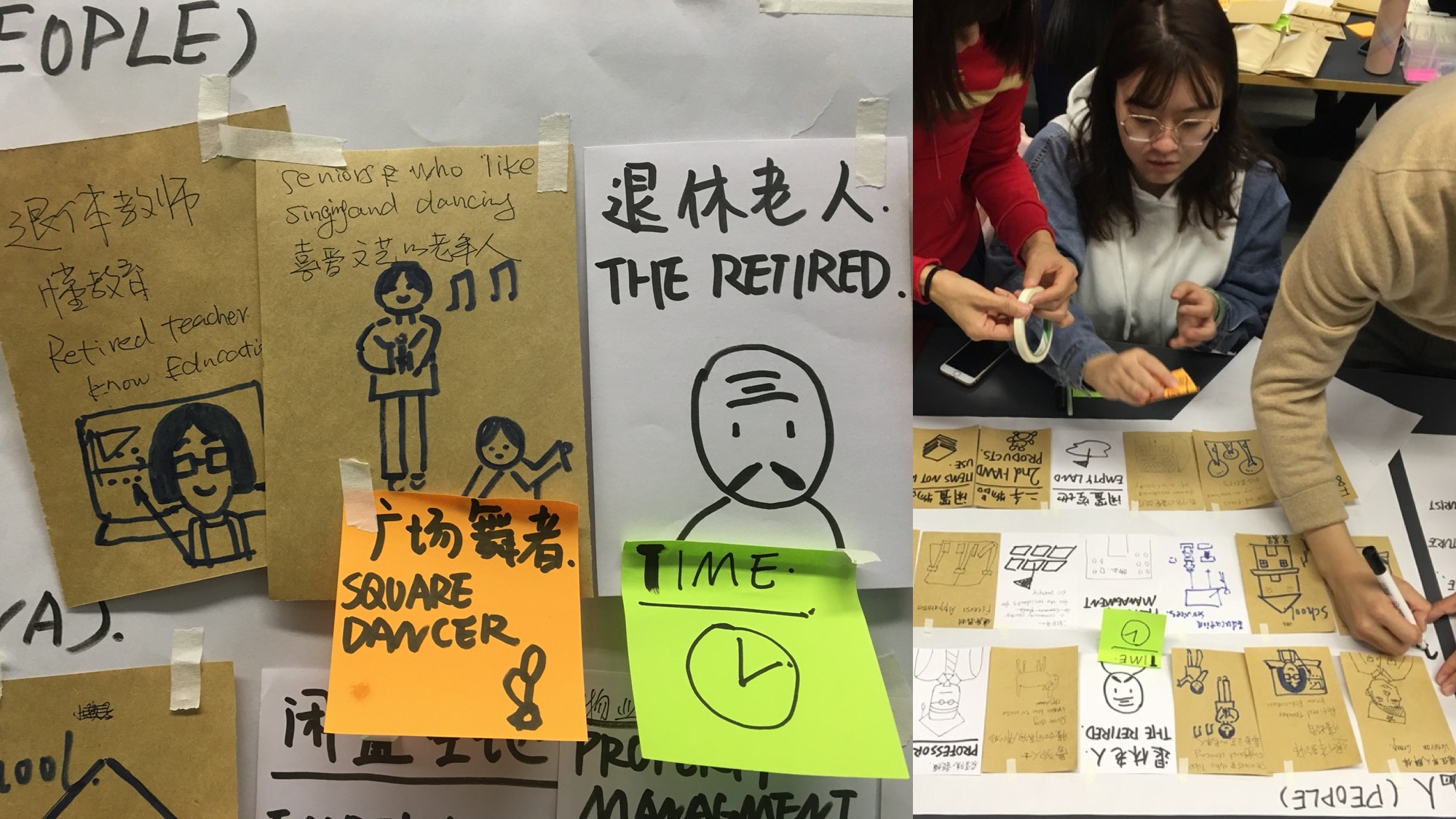 Finally, participants list assets in the cultural capital such as a calendar of seasons well anchored in everyday life, punctuated by annual festivals, customs related to plantations, harvests, etc. with their corollary of culinary specialities. 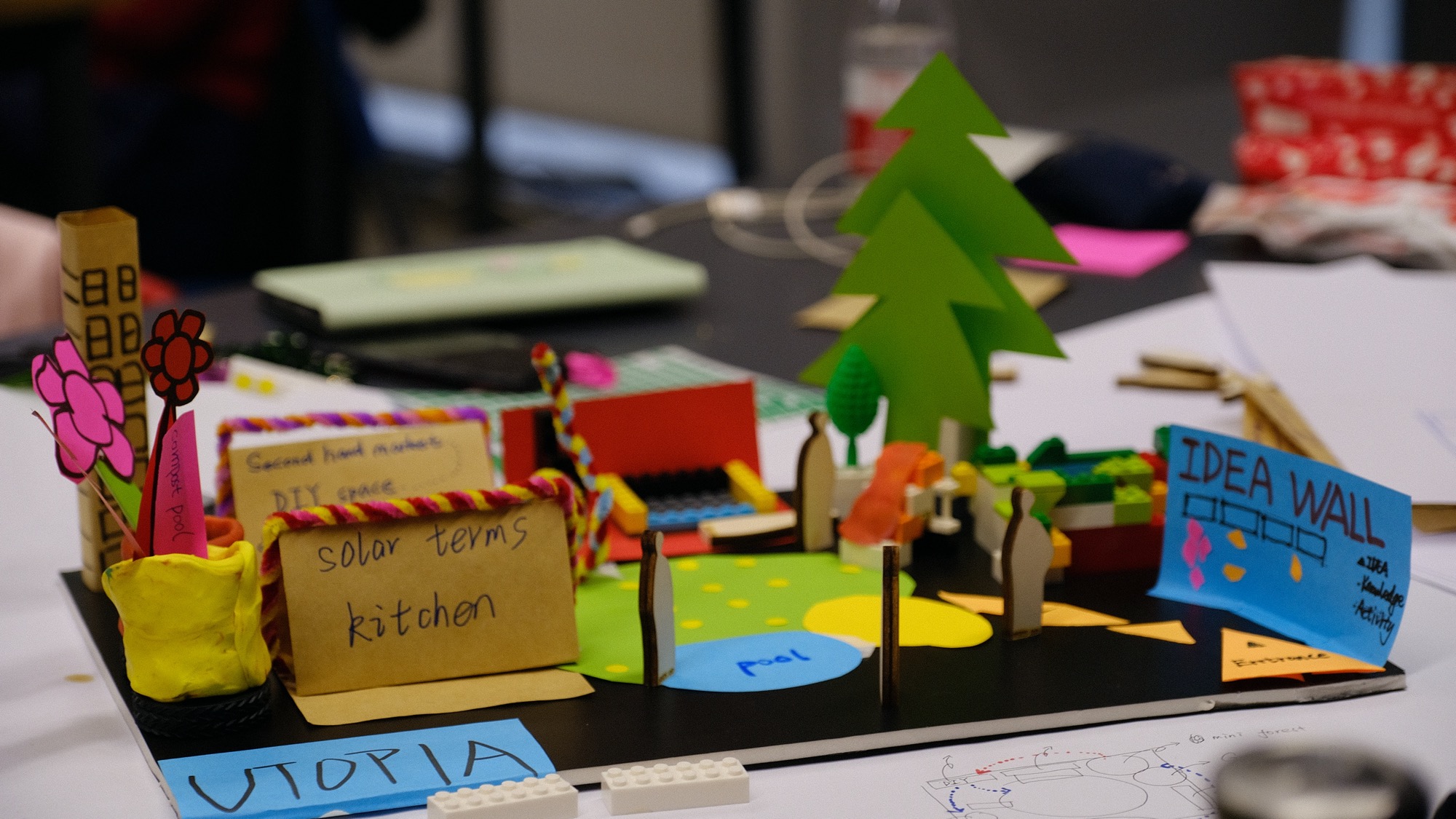 BE INSPIRED BY EUROPEAN CITIES AND URBACT NETWORKS?

Can we inspire the protagonists gathered here with the dynamics of urban agriculture and collective gardening in European neighbourhoods? The title bears a question mark: the cases of good practices that I have brought have been collected by working with the city exchange networks within the URBACT programmes[1] and it is not said that they can be activated on the scale of the large Chinese megacities. Pré Senty, a collective vegetable garden at the bottom of social housing in the 8th arrondissement in Lyon, France, shows that social inclusion can be generated with very small plots of land: around twenty gardeners grow pumpkins and 4 times a year a collective soup is organised for all the inhabitants of the surrounding apartment towers. The « Self maintenance contracts » for public green spaces by the inhabitants of Amersfoort in the Netherlands resonate with the appropriation of the green space by ground floor tenants: the abusive use of public property can become a proven strategy for the maintenance of green spaces by residents. Last but not least, the greening of tree feet by children in the Molenbeek district of Brussels and all symbolic or educational micro-gardening initiatives involving children from families living in the surrounding vertical dwellings are particularly aligned with the concerns of the communities of inhabitants of the major cities of Beijing and Tianjin. After the presentation of 20 of such examples collected from URBACT networks cities, the transfer process can start. The workshop participants smile and start talking to each other as they begin to build their mock-upl. No more English translation for me, they « think with their hands » and on the tables the projects start to develop…

This workshop follows a conference organized by Tsinghua University and entitled: Food systems and city making or in other words how the construction of cities through the involvement of citizens and the synergies between neighbourhood initiatives such as the constitution of collective vegetable gardens that we have just discussed here, can contribute to the transition towards a more sustainable and equitable organization of food production, distribution and consumption in the territory? This event organized in November 2019 in Beijing is part of a series of events on Design for the Collaborative City organized by DESIS, the international network of schools and universities on Design for Social Innovation and Sustainability, starting in Shanghai at the end of 2018, then in Barcelona, Bogota, Beijing, Bangkok, Rome and finally in Lille in the autumn of 2020 on the occasion of Lille 2020 World Capital of Design.

Here Sunday evening, it’s the end of the workshop. The sunlight is declining at Tsinghua University and the participants are tired of this weekend’s work but happy with the outcomes. « This is a good result achieved in such a short time » for Professor Xin Liu, who came to attend the final presentation of the workshop. A single large conceptual model integrates 5 points put forward by each of the 5 working groups, therefore a palette of 25 project sketches to start vegetable gardens in the Chinese capital. 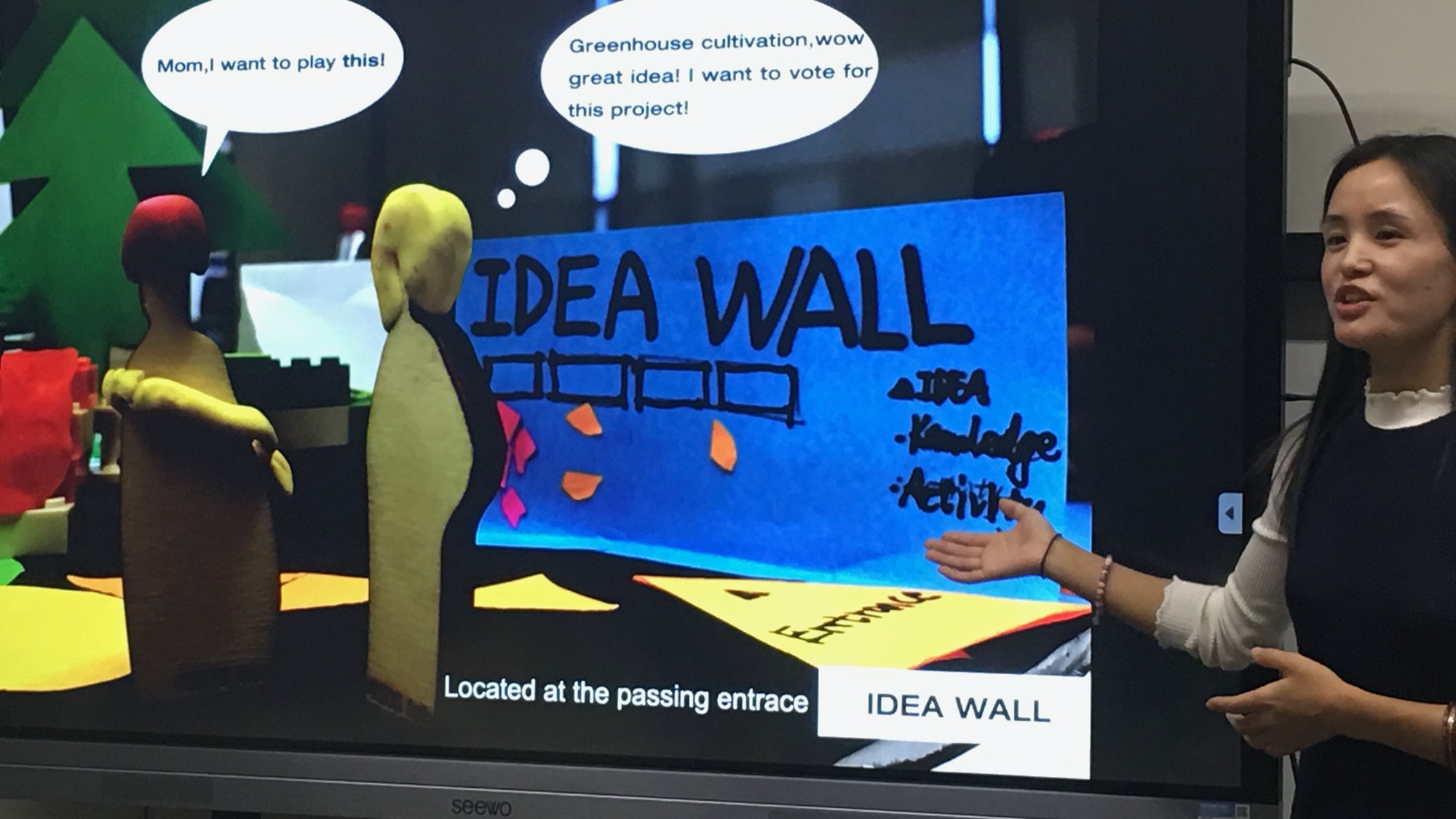 Many obstacles still remain to be overcome, such as the shade of skyscrapers, which leaves little sunlight for growing vegetables, or the presence of a park or public garden in the neighbourhood, which will attract many families to the detriment of involvement in gardening at the bottom of buildings.

« But then, asks Jianghong Liu, are there any other workshops planned, how are we progressing with all this?”. The collective model is designed as a tool for community collaborators. It is presented as a palette of possibilities sufficiently defined to be considered credible and inspire communities of inhabitants but also, sufficiently open to engage in a real co-design process, experiment in the field and precisely define vegetable garden or gardening solutions resulting from the specificities of each context. 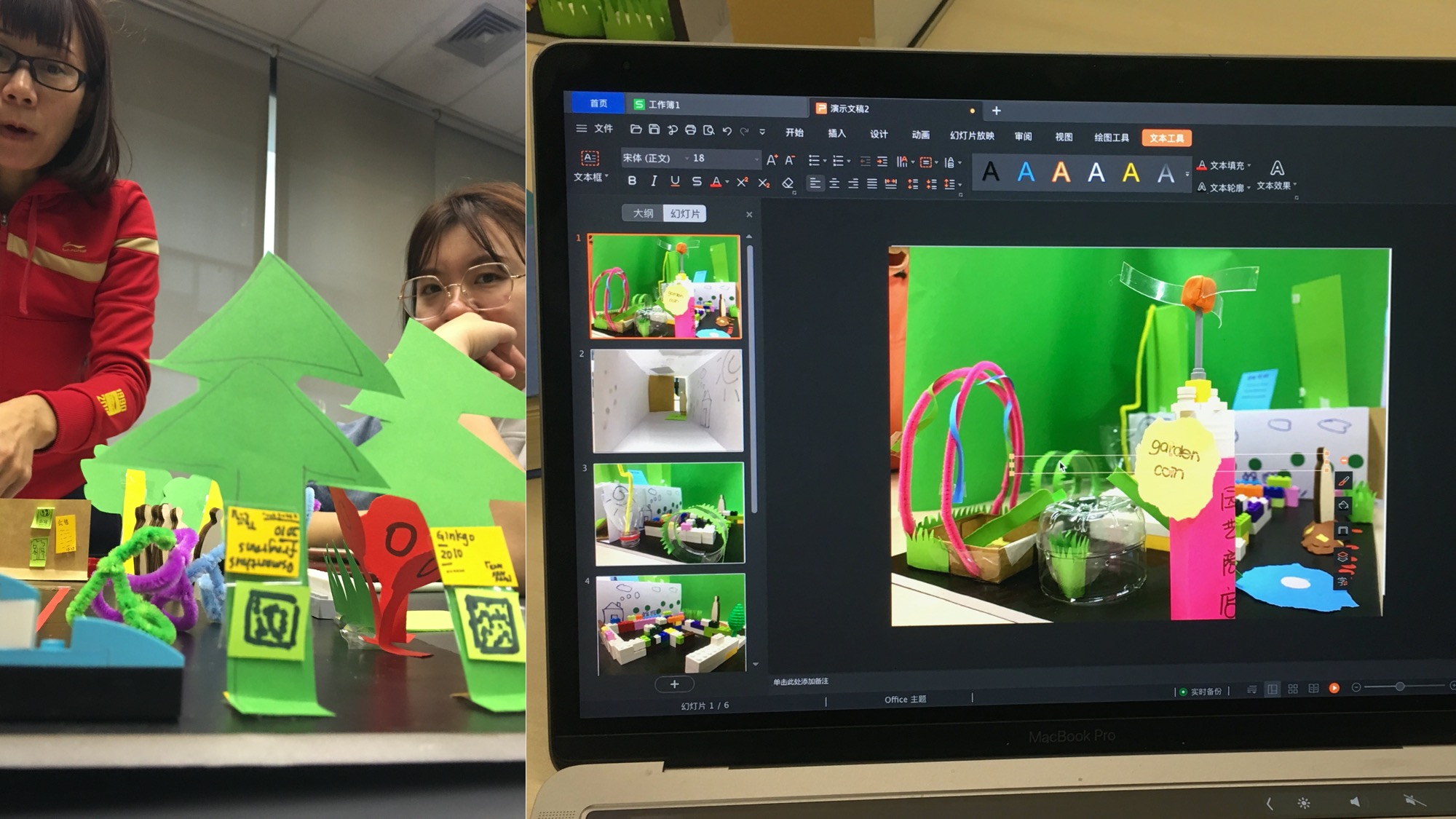 Yi Liu, as co-organizer of the workshop, spontaneously states: « Before I hated workshops of this kind. I worked for an agency that sold design thinking: workshops were organized to give the impression to clients that they were participating but everything was already defined in advance and everything that had been done during the workshop was thrown away as soon as the client left!”.

The community collaborators, invited to give the final word on what they bring home as a kind of workshop beneficiaries: « the result feeds our needs as community”; « I retain the constructive method based on assets »; « we can work with children in the same way and design projects that will be more likely to last »; etc.

The participants named the entire outcomes model « Utopang » or something like: « the garden of utopias ». Let’s hope with Wei Xie and his poetic way to say it, that this drop of water will flow to meet others and fertilize a little the mineral capital of China! 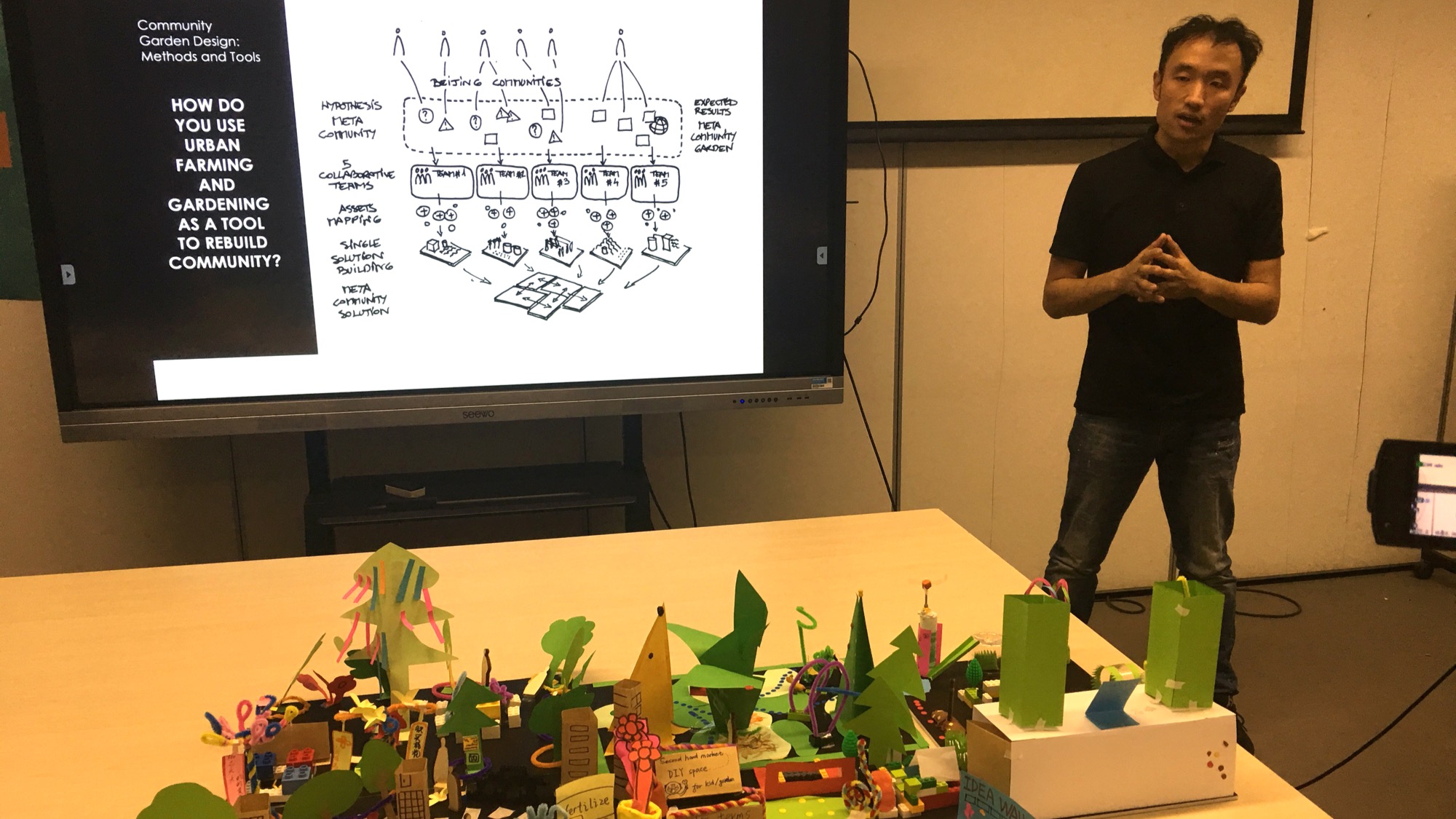 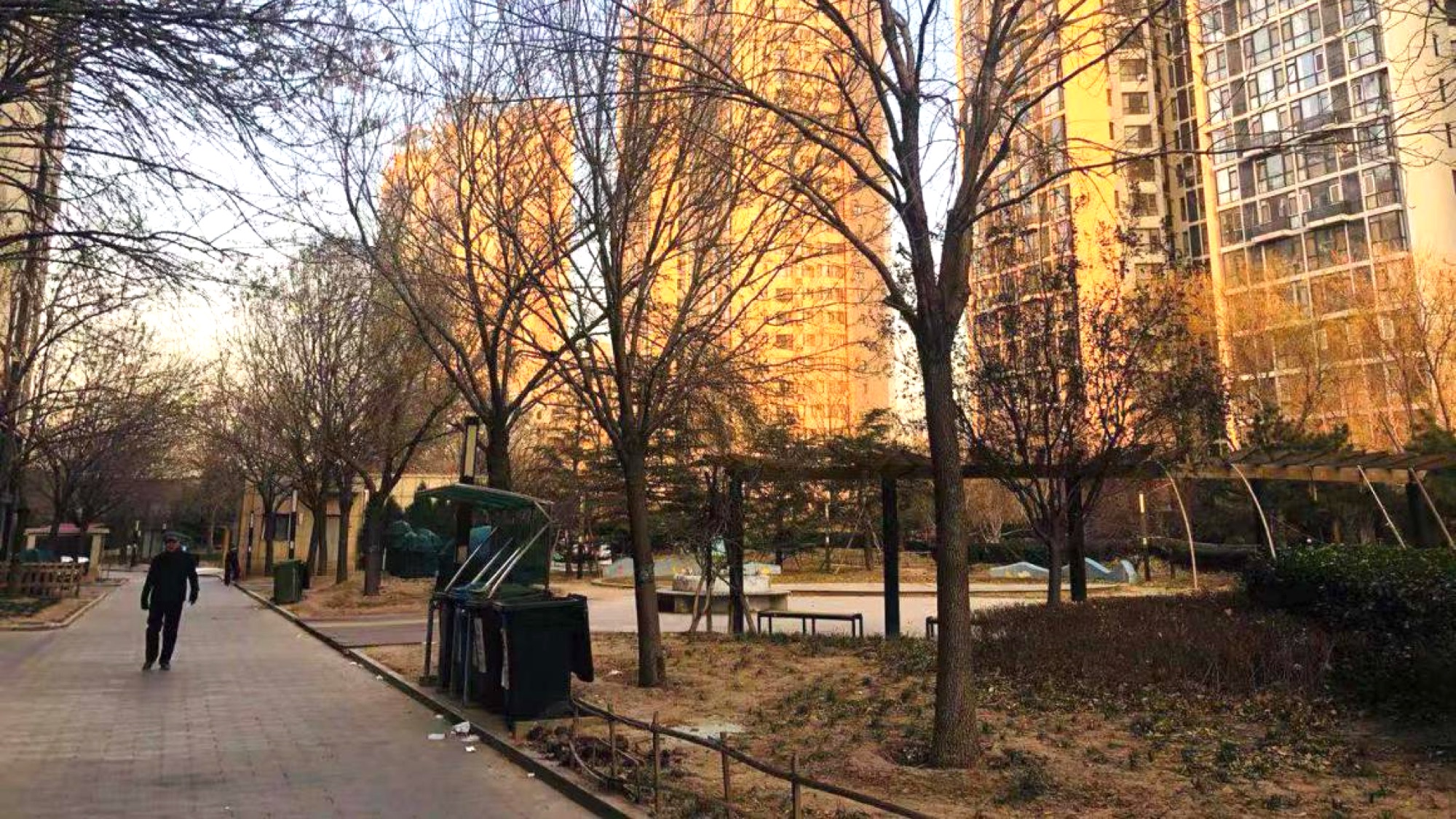 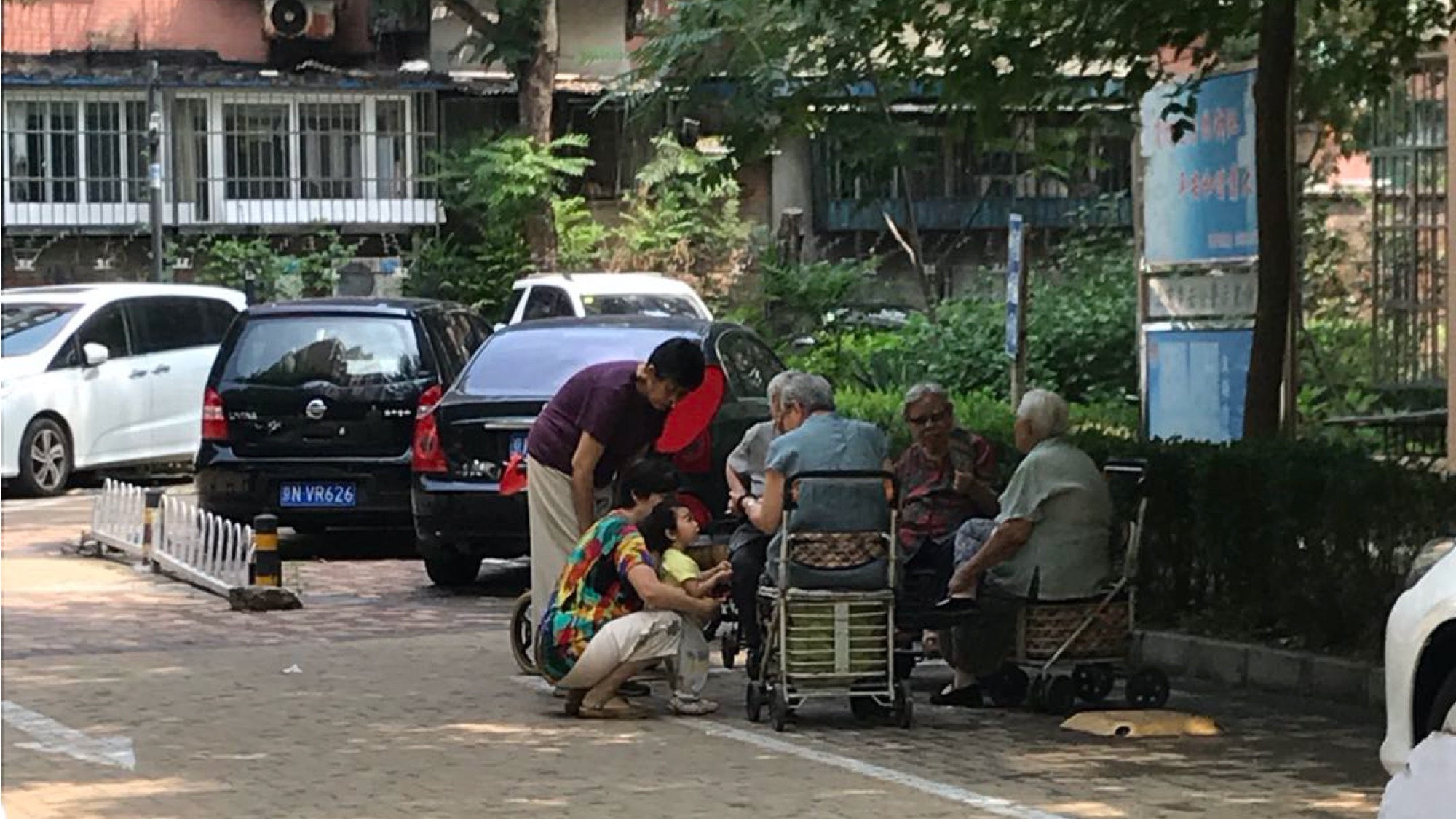 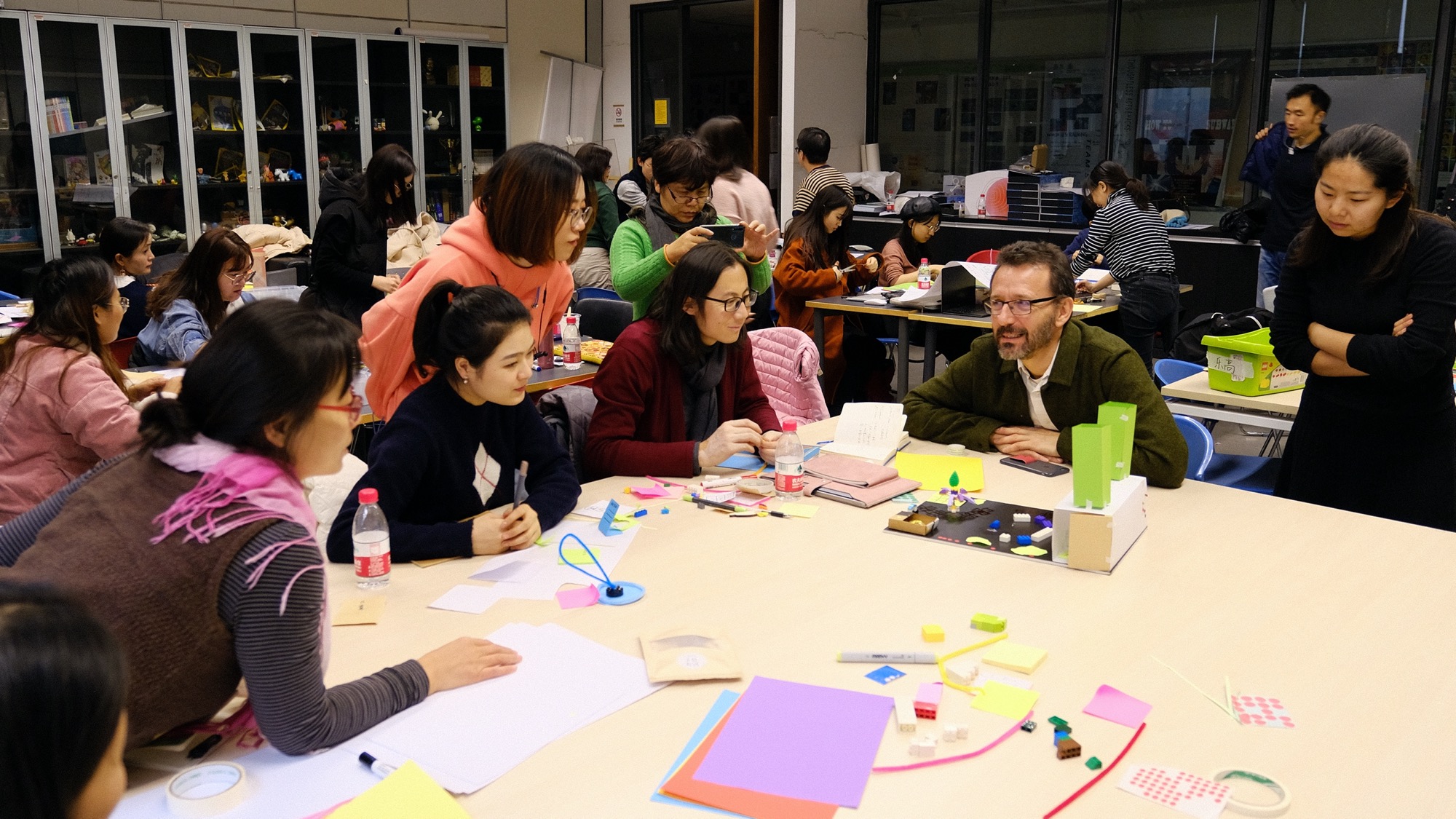 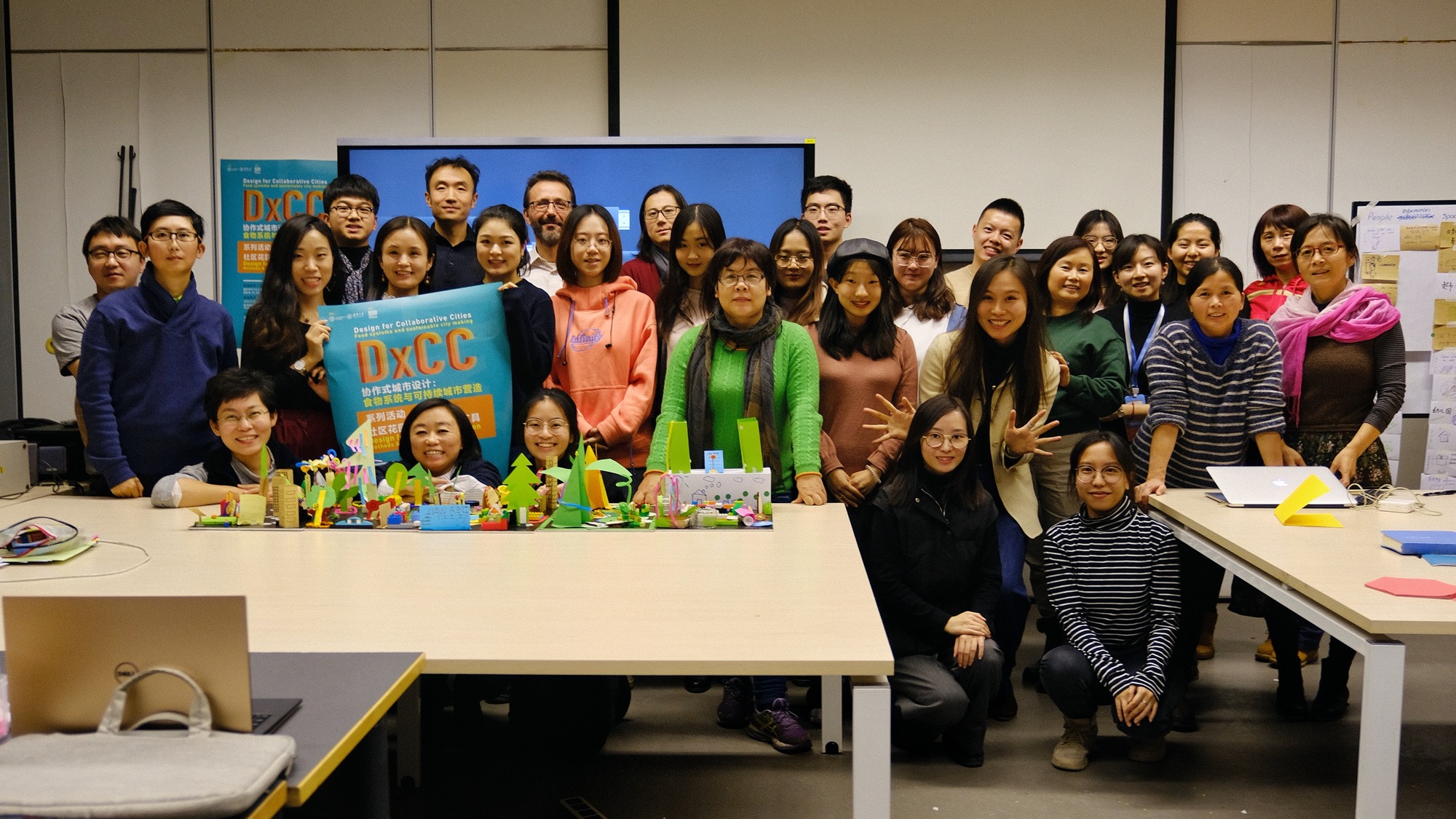