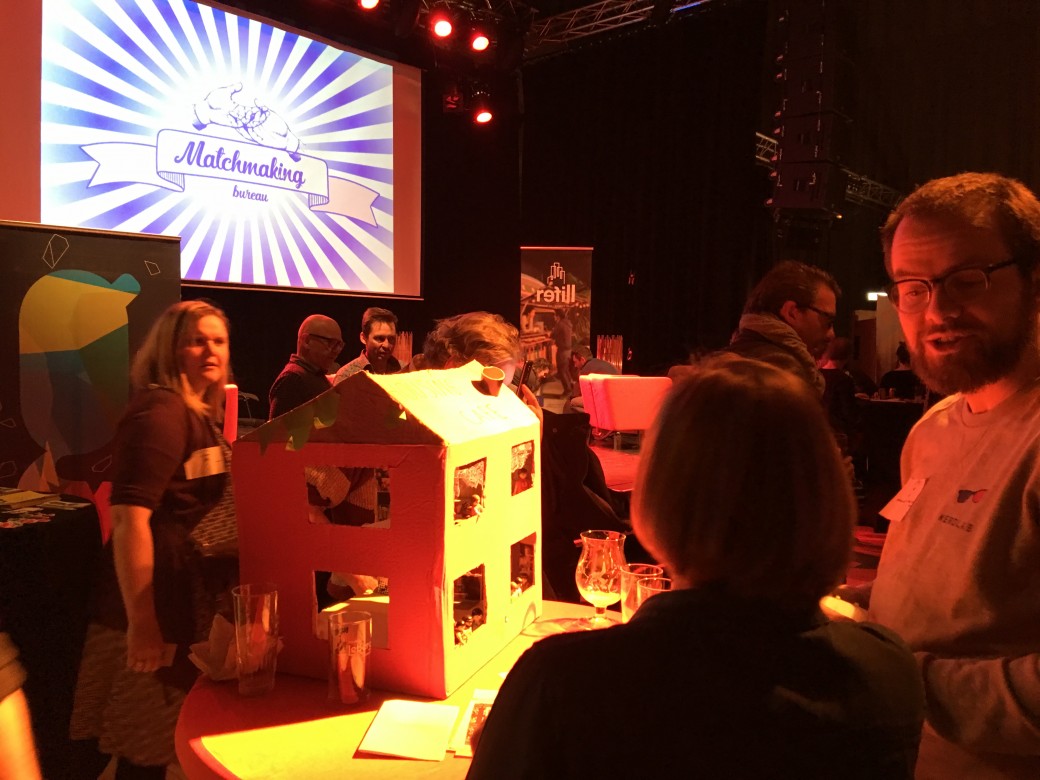 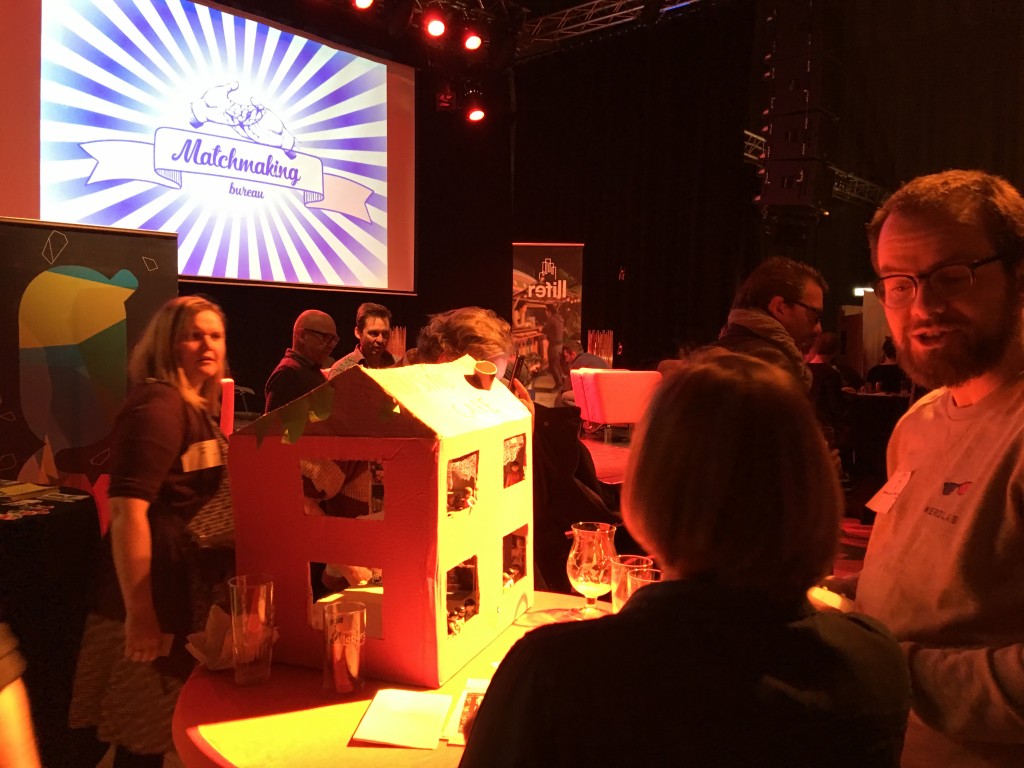 Eight o’clock: people crowd in front of the entrance to De Centraale. Inside it is full: a long line of people waits in front of the counters to withdraw their places. A concert ? A show ? Not at all. Tonight are some 300 people who come to participate in a match-making organized by the city of Ghent. The stake this evening is the old library of the city which will remain empty for eight months before being redeveloped in offices for the municipality. 147 initiatives (artistic, cultural, social, entrepreneurial initiatives, etc.) aAre present in the room to meet, to create alliances, to form consortia capable of meeting the challenge of occupying collectively the space  of more than 6700 m2 of the old library.

The process of match-making is very organized: potential coordinators are expected to propose a concept for the overall temporary use of the space, a business plan to pay for heating and electricity expenses and management process the entire building during 8 months.They all pitch for an interview on stage to present their project, concept and business model such as: compensating costs of maintenance with commercial food and drinks activities; an as much as possible open structure where all are welcome; every initiatives that tap into the topic of the city of the future and only them; a cosmology of sustainable activities around sound, text, dance, exhibition, craft, etc.; a conceptual approach around the notion of commons building a micro-economy between members taking part in the temporary use of the place.

Everywhere in front of the stage, initiatives have settle small booths of max. 1 sqm to showcase their activities, attract pairs, find matches between each other and with one of the coordinators.

Finally on a wall all initiatives are listed each on an A4 with name, number and space for other initiatives to post invitations and comments. 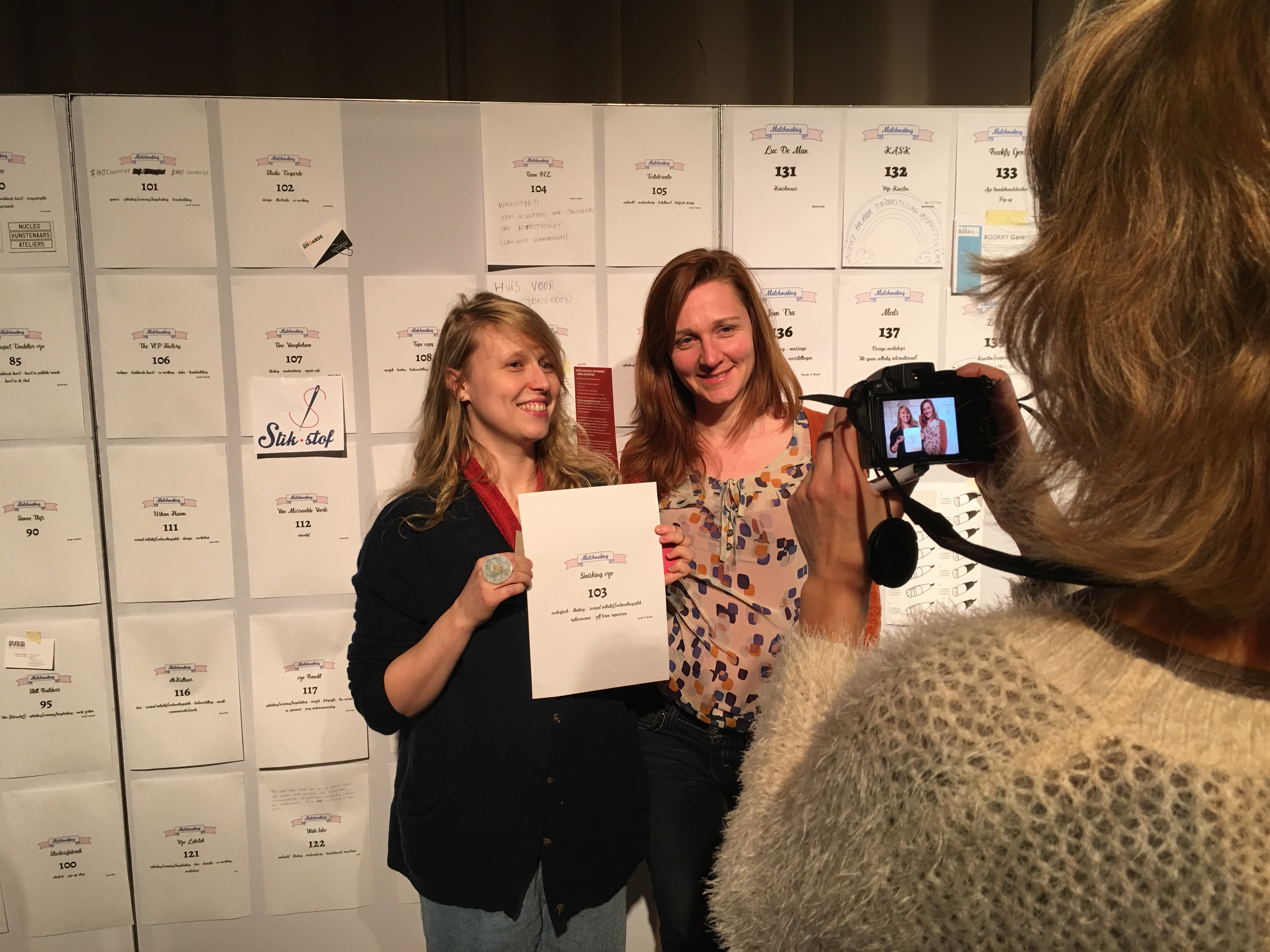 But what is really amazing beyond the efficiency of the match-making is the cool atmosphere: one could really feel to be in a relax evening half way between an underground gathering and a networking event. Why so many people taking part? Is it a real need of space for initiatives? This setting will create a momentum everyone would like to take part? The old library is a symbolic location in the heart of the city and all want to be part of it. And not only the initiatives looking for accommodation : it’s also a way to pull participation of various departments of the city administration that are also willing to be part of this adventure.

Last but not least, the side effects are maybe more important than the temporary use opportunity itself: the place is huge but for sure not all the initiatives will fit in the space. But the momentum is going on. The city administration plays its brokering role creating the opportunity of match-making and lets it go to the citizens: well done Ghent! 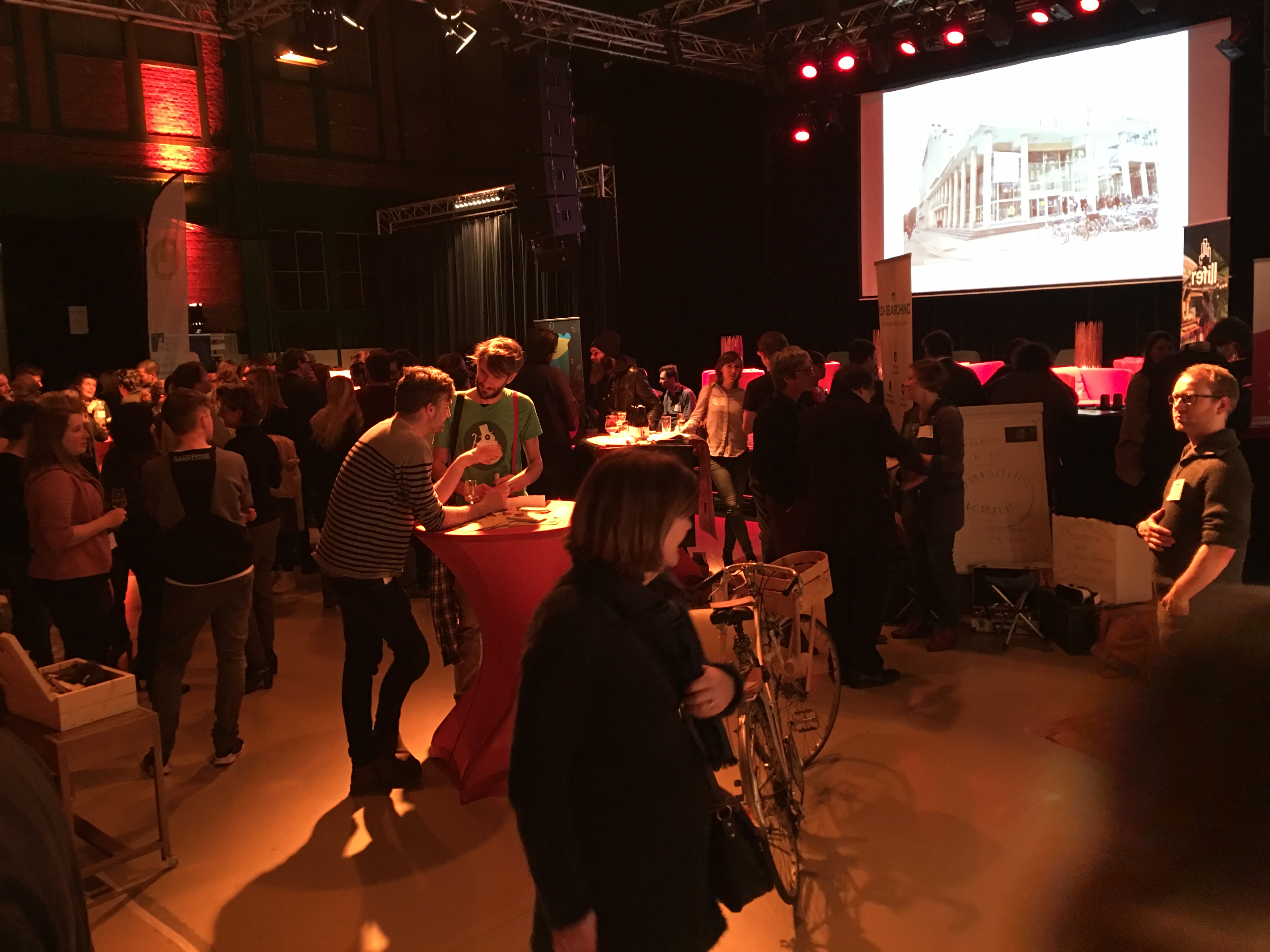